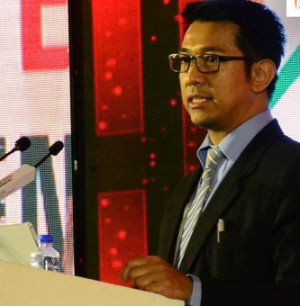 Dr. Min Zaw Oo is an expert in Myanmar affairs and has been involved in the ongoing peace process in Myanmar since its beginning. As Executive Director of MIPS, Min leads the organization’s implementation of policy research and analysis in support of the peace dialogue and security transition. Prior to starting MIPS, Min was the Executive Director of the Technical Secretariat Centre (TSC) of the Joint Ceasefire Monitoring Committee (JMC) that implements the military provisions of the Nationwide Ceasefire Agreement (NCA). Min set up the first joint-ceasefire mechanism to implement the NCA. He is also an adviser to the Peace Commission, the government body responsible for engaging the various armed ethnic groups in the peace process.

During the Thein Sein administration, Min served as the Director of Ceasefire Negotiation and Implementation at the Myanmar Peace Centre. He provided technical support to the negotiations that achieved the historic signing of the NCA. Min was granted a presidential award for his contributions to Myanmar’s peace process. Min also contributed to policy initiatives to restore Myanmar’s relationship with the United States and European countries.

Prior to returning to Myanmar, Min was the Director of Research at Democracy International’s (DI) election-strengthening project in Afghanistan. Min also directed a research division with 500 local and international staff at a subsidiary of US-based IDS International to support the US military’s Human Terrain System in Afghanistan. Prior to his deployment in Afghanistan, Min was an independent consultant to the Genocide Early Warning Project which monitors high‐risk countries around the world. He also worked for the Political Instability Task Force that was established under the direction of US Vice President Al Gore in 1994. Min has contributed his analysis to “Counter Networks and Narratives Weekly”, a publication circulated among counter‐terrorism officials under the direction of the US Special Operations Command.