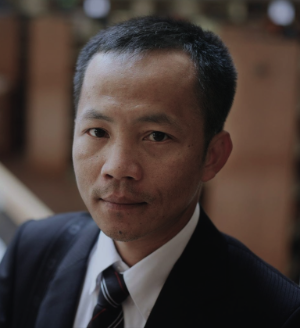 Dr. “Andrew” Ngun Cung Lian is the Research Director of the Federalism and Constitutional Reform Program at MIPS. Prior to joining the team, he served as legal counsel for the Myanmar Peace Centre and the Rakhine State Enquiry Commission established by former President U Thein Sein. Before returning to Myanmar in 2012, Dr. Lian served as the Deputy Chief Negotiator for the Chin National Front in its peace negotiations with the Myanmar government.

He received his B.A. in International Economics and Cultural Affairs from Valparaiso University and his LL.M and Doctor of Juridical Science (S.J.D.) from the Indiana University Maurer School of Law in Bloomington.